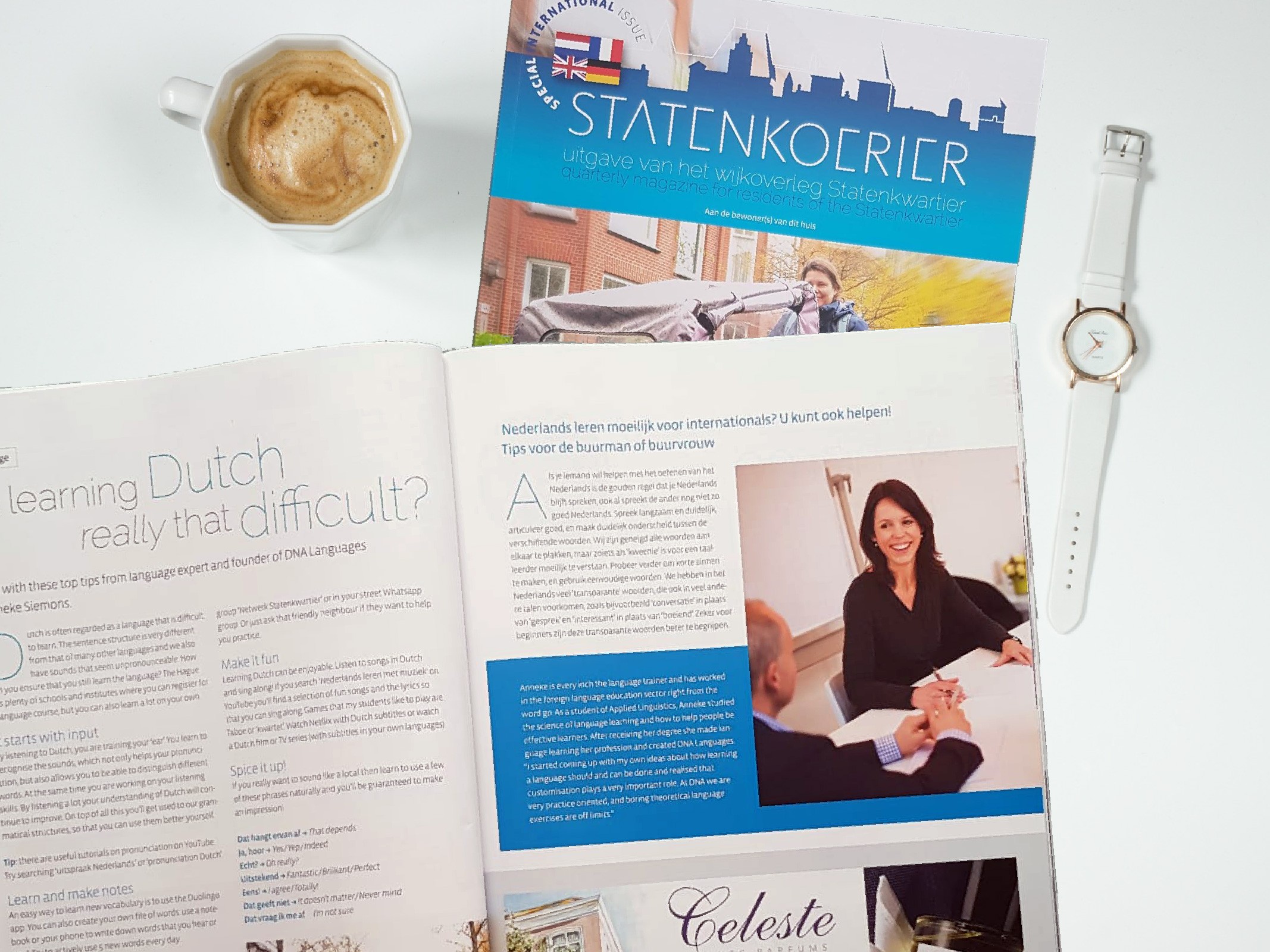 21 January 2020 By DNA Languages Comments are Off

Want to learn Dutch? Help yourself and each other!

A lot of expats live in and around the Hague which is of course mainly due to the international character of the city.

The availability of good international schools, proximity to the beach and the many delights of city living such as shops, restaurants and other forms of entertainment also play a role. Locating our office in the Hague was therefore a natural choice.

One of the more popular neighbourhoods of the Hague is the Statenkwartier with its lovely houses and attractive environment. Many foreign professionals have made it their home. The number of diverse languages spoken here play a large role in daily life as not everyone in this neighbourhood can speak Dutch.

DNA Languages recently wrote an article with handy tips for everyone who wants to learn Dutch which was published In the December issue of the local paper called the ‘Statenkoerier’. This article is also useful for those who want to help their foreign neighbours learn some Dutch.

Helping each other and also learning from each other. Isn’t that a lovely resolution for the new year? Communication and integration is so important as it helps us all.

Curious about these tips? There is an English and a Dutch version of the article available here.